This is an example training from the VTON database. The VTON database includes over 900 animated exercises and 1000+ age-specific sessions. Every session in the method has a concrete goal. The objective of this session is to improve the 1 vs. 1 situation. This trainingsession contains six exercises. An exercise is displayed with a image, animation of requirements and organization. Each exercise is supported with media, text and explanation of the organization on the pitch, explanation of technical skills and coaching comments. 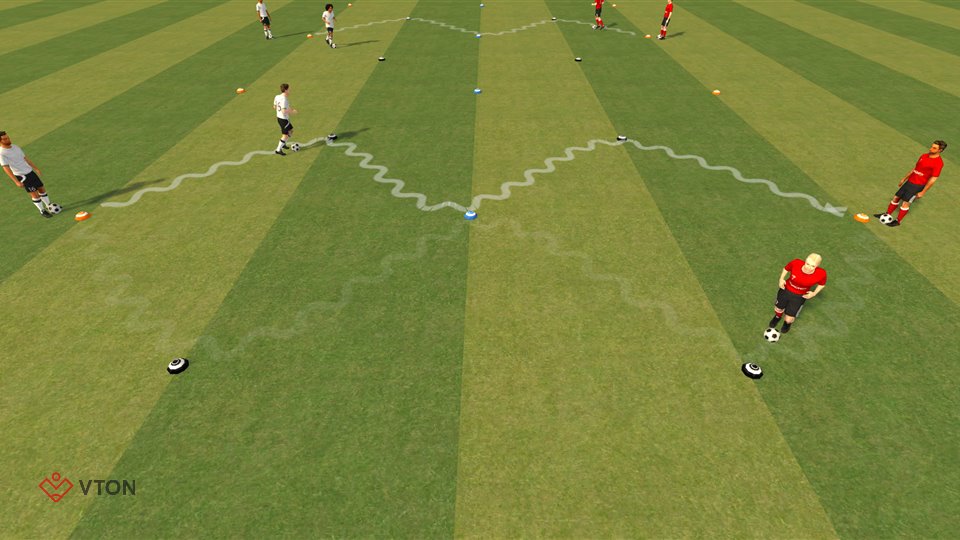 Coaching Points:
Create multiple stations according to the number of players you have.

Moves to beat the opponent

The Inside Turn Away

The Outside Turn Away 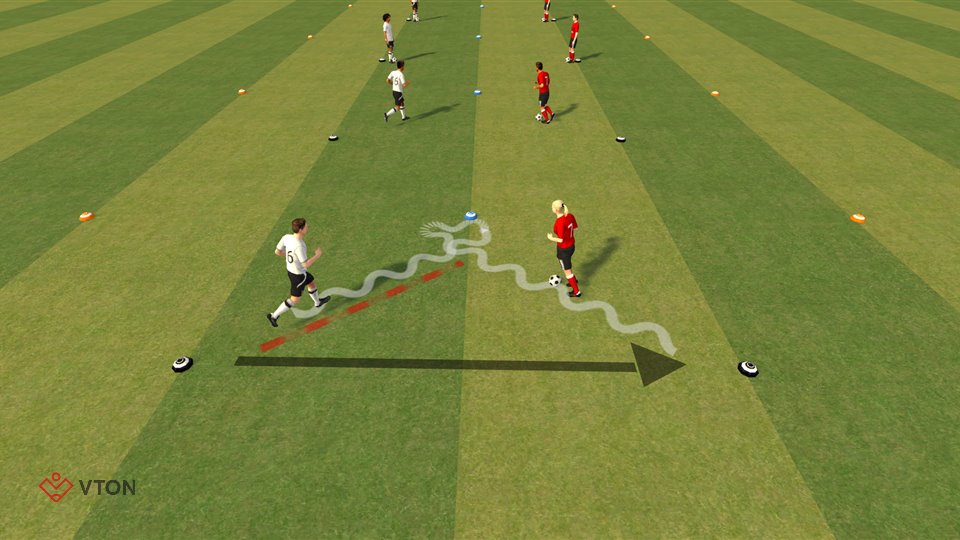 Create multiple stations according to the number of players you have.

The Inside Turn Away

The Outside Turn Away 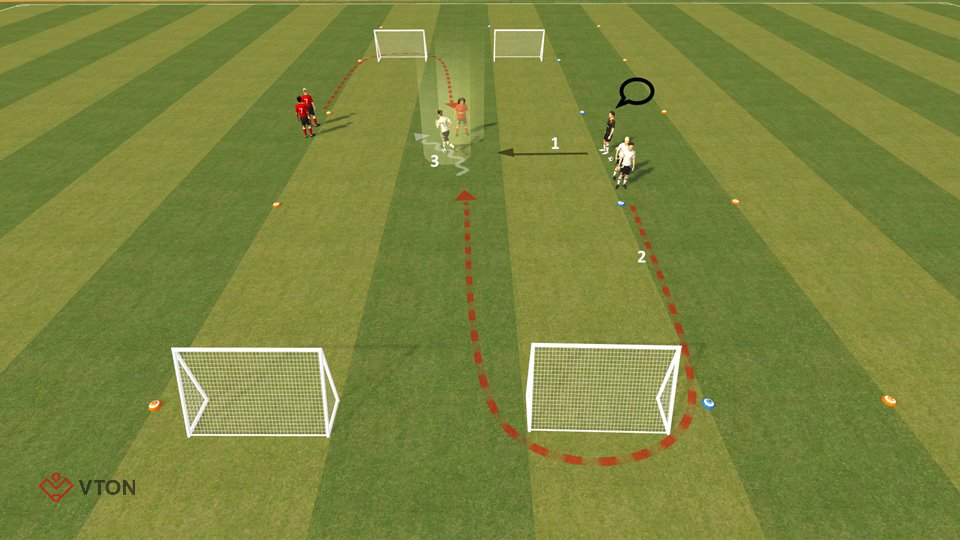 Always demonstrate the exercise, make sure to use words (talk) to support your example (walk).
Make sure to use simple words that connect to the perception of young soccer players.

Dribbling (run with the ball)

Turning and change of direction 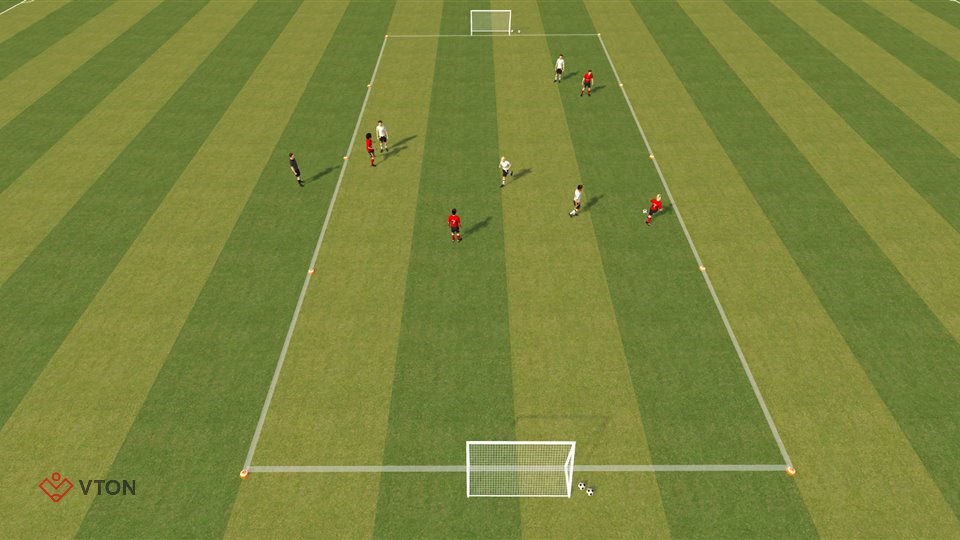 How to score:
After the exercises, players applying the types of exercises in the game. Let them play the game and only coach ' accompanying '. Do not stop the game too often. Give the players the space to show what they have learned. Observe to what extent they apply what they have learned in this more complex form and finish with a short debriefing.
What to do in case of an odd number! ( i )

What to do in case of odd numbers?

At an odd number it is tricky to organise a game. In that case, prefer not to join the game and play with a team, children getting distracted or play the ball often to you.

An odd number, but a keeper? 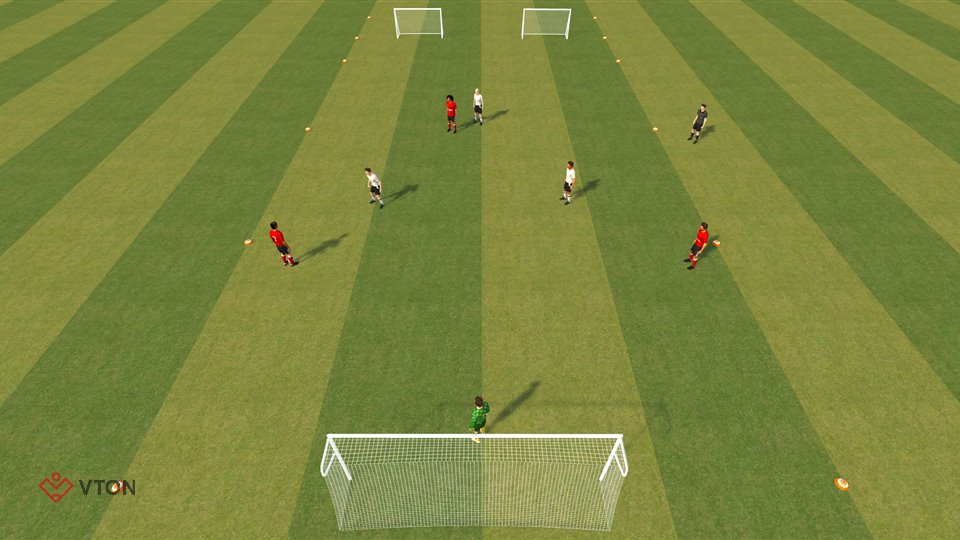 Do you have an odd number and no keepers?